Eagle Creek Wildlife Control is well known and recognized for its work with Canada geese.

Goslings captured by Eagle Creek Wildlife Control are taken to our farm where we raise them until they are 4 weeks of age. Once the goslings have reached 4 weeks of age they are strong, mobile and relatively independent. At this age their chances of survival is greater and will be relocated and integrated into a wild Canada Goose family located in a rural area. This allows the gosling captured from inside the city to become part of wild flocks and  therefore reduces the urban goose problem.

Click Here to see a video of Eagle Creek Wildlife Control catching goslings, taking goslings from our farm where they have been raised and relocating captured goslings into the wild with adoptive parent geese. 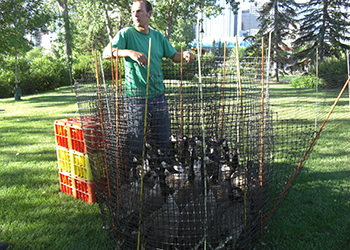 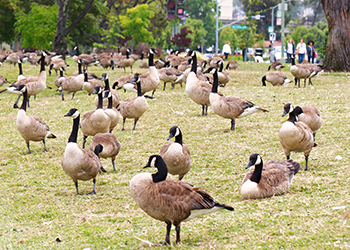